SOME KEY POINTS TO HELP UNDERSTAND THE IRAN CRISIS: 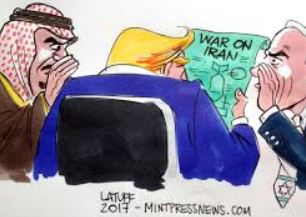 * The US broke the Iran nuclear deal (JCPOA - an international legal agreement ratified by the United Nations Security Council) over a year ago, when the Trump administration unilaterally withdrew.

* Even the Obama administration which negotiated and signed the Iran nuclear agreement violated it.

* Other signatories have failed to fully honour it by not countering the effects of the unilateral US economic sanctions against Iran.

* Iran has been very patient and transparent about its intentions all along, and has given deadlines for the other signatories (especially UK, France, Germany) to bring effective relief from US sanctions.

* Iran recently exceeded the stockpiled amounts of nuclear materials because US sanctions prevented its export!

* Iran’s uranium enrichment to higher levels is for their legal peaceful nuclear programme, still way below the 90% needed for nuclear weapons.

* Iran can reverse these changes when the other signatories honour their commitments to relieve US sanctions.

* Iran, unlike Israel, has signed the Non-Proliferation Treaty and is under stringent international inspections.

* Iran has conventional weapons for its legitimate self-defense and deterrence against long-threatened attacks.

* If attacked, Iran has had decades to prepare for asymmetrical warfare, and casualties would not be limited to Iran.

* The US must end its unilateral sanctions, economic warfare and military provocations and threats against Iran which are illegal under the UN Charter and international law.

* The other signatories to the JCPOA must act to effectively stop the illegal US sanctions, crimes against humanity.

* Iran deserves empathy and respect as the victim in this situation, and for showing patience and restraint.

* Beware of dishonest news stories and simplistic headlines pushing an anti-Iran bias and lies by those promoting conflict.

* Time for diplomacy and peaceful relations instead of economic bullying and thuggery. No one will win a war against Iran!

Please feel free to use, or adapt to suit yourself.
PLEASE SHARE
to politicians, media, anyone

TO STOP THE BLOODY WAR AGAINST IRAN! 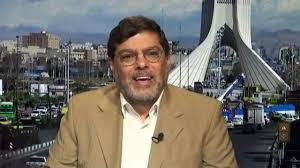 “Defy the U.S. sanctions, ignore the misinformation.
Everyone should visit Iran!”
I travelled on the amazing two-week Intrepid Iran Adventure,
August 25 – September 7, 2018
https://lemonjuicebruce.blogspot.com/2018/09/defy-u.html 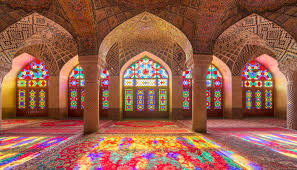 Many insightful articles on Iran and other news:
Facebook Bruce McPhie

Posted by Bruce McPhie at 10:51 pm No comments: