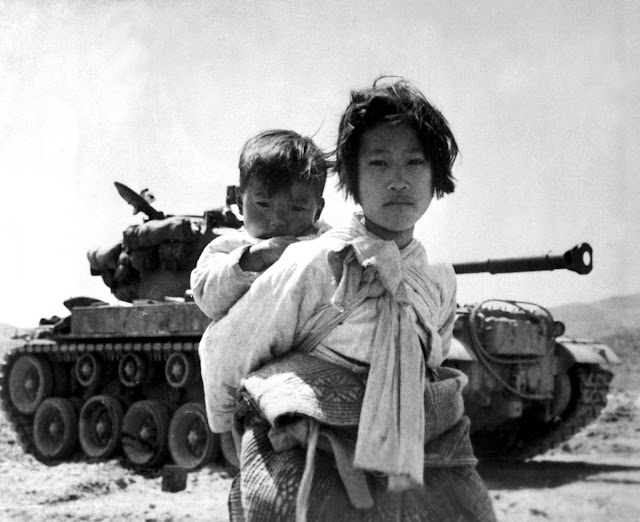 “Wormwood” investigates the mysterious 1953 death of a top US germ war scientist and CIA employee, Frank Olson. Olson was bludgeoned on the back of the head and “dropped” from the 13th floor window of his Manhattan hotel room under orders from his CIA bosses, according to his son, Eric Olson.

The US government was at that time very actively engaged in an international denial effort to brand claims of widespread US biological warfare use during the Korean War as communist propaganda.

As a top scientist at the Army Chemical Corp’s biological warfare lab at Fort Detrick, Maryland, Frank Olson was in the unique position to spill the beans on this cover-up. He did not fully grasp how dangerous his CIA associates were, how freely they operated outside the law, or his own imminent peril...

The American use of bioweapons in Korea is known and accepted as fact by most Cold War scholars outside the US, but domestically, biological warfare remains one of the deepest kept secrets of the Cold War. That secret, even today 66 years after the fact, still has professional gatekeepers…

…The hidden history of the Korean War — the 4 million dead Koreans, the carpet bombing, firebombing, germ bombing, the entire built infrastructure of North Korea reduced to rubble, the prisoner torture, civilian massacres, suppression of war crime evidence, the lies and the silent forgetting — all this is now coming into the sunshine.

Going forward toward Korean unification, nobody should agree to bury these truths again.”

George Burchett’s review of “Wormwood” gives the back story not often heard of the larger Korean War germ warfare story:

Wormwood and a Shocking Secret of War: How Errol Morris Vindicated My Father, Wilfred Burchett

“…this footage briefly appears on the screen. I recognise it. I rewind and pause the film. The man on the far right in the white shirt is my father, Australian journalist, Wilfred Burchett.

I’ve seen this footage before. It’s from a 1952 Chinese film recording “Captured U.S. airmen Kenneth L. Enoch and John S. Quinn, interrogated by the Joint Interrogation Group of Korean and Chinese specialists and News Correspondents” in which the two airmen repeat what they had already said in their “voluntary confessions”: that the U.S. was waging germ warfare in Korea and that they had personally dropped germ bombs.

In fact, the “interrogation” looks more like a press conference and, as the voice-over says, “Wilfred Burchett, correspondent of the Paris Ce Soir, also joined the work of the group by invitation.”

Other footage, used later in Wormwood, shows the International Scientific Commission, led by one of Britain’s most distinguished scientists, Joseph Needham, a fellow of the British Academy, who travelled to China and Korea to investigate the allegations and attended the “interrogation” of the captured U.S. pilots…

My father, journalist Wilfred Burchett, was accused by the Australian conservative establishment of fabricating the germ warfare story, of torturing Allied POWs – including Australians – brainwashing them and extracting confessions. He was branded a traitor and denied Australian citizenship for 17 years. These accusations are repeated to this day…

Among many other stories, he also reported and investigated allegations made by the Chinese and North Koreans that the U.S. had used germ warfare. Just as he was the first to report on the effects of the atomic bomb dropped on Hiroshima, and just as he would be one of the first to accuse the U.S. of using chemical defoliants in Vietnam, facts no one now denies. Most people have heard of Agent Orange and its devastating effects on humans and the environment…

…scientist Frank Olson, who worked on biological weapons development for the U.S. military and secret interrogation and mind control programs for the CIA was convinced that the U.S. was conducting germ warfare in Korea. He was so tormented by this, that the CIA was afraid he’d reveal its darkest secrets. And they killed him. Dropped him out of a window and claimed it was suicide.

To this day, the US government dismisses the allegations of germ warfare as communist propaganda. Some scholars argue that the germ warfare “hoax” was concocted by Stalin, Mao and Kim Il-sung to tarnish the image of the United States and its Allies in the eyes of world public opinion.

…I’d like to quote Wilfred Burchett here: “I think that as a journalist, there’s a very great responsibility, particularly journalists reporting on international affairs, as I do, to get the facts right and to be absolutely free of any doctrine or of any ideological optical devices. To be free and really seek the truth, get the truth and publish the truth” (in Public Enemy Number One, a film by David Bradbury, 1980).

Wilfred Burchett told the truth about Nazi Germany when the Australian government was courting Hitler and helping arm Imperial Japan. He told the truth about Hiroshima, as the first Western correspondent to report from the city one month after the atomic bomb was dropped. He reported the truth about germ warfare in Korea and the use of chemical defoliants in Vietnam and the many other atrocities of both wars. None of this endeared him to the Australian or US governments of the time. He was accused of treason, denied an Australian passport, was vilified and is still vilified as a communist propagandist, KGB agent and so on.

So, Mr Hersh, I challenge you to tell us the truth about Frank Olson’s murder by the CIA, about germ warfare in Korea and the other dark secrets that led to his elimination by the CIA. You owe it to his son Eric and to the rest of us. You say you know the truth, so please share it with us.

I would like to thank Errol Morris for telling this important story in such a brilliant, masterful and compelling way (and for including my father, no matter how fleetingly, in the narrative). He is a filmmaker who has spent most of his career examining how film and photography reveal and conceal truth and reality, and in our current epoch, so obsessed with the idea of “fake” news, his work is very much of the zeitgeist.

And I want to express my admiration and profound esteem for Eric Olson’s sticking by his father, for seeking the truth about his death and for unpeeling the layers of deceit that protect the dark secret at the heart of the matter. I hope that one day the bitterness washes away, the secret is released and light prevails over darkness.”


- George Burchett is an artist who lives in Hanoi.

How the CIA Tried to Bribe Wilfred Burchett
By GEORGE BURCHETT
JANUARY 19, 2018

Posted by Bruce McPhie at 5:43 am No comments: